At Humanostics, we are all about identifying talent and helping them grow. That is why we are delighted to partner with young Danish tennis talent, Holger Rune, who has achieved some remarkable results at a very young age.

Born in 2003, Holger Rune became the junior world no. 1 after being crowned ITF Junior Finals boys’ champion on October 27th, 2019. Holger’s other 2019 achievements include being the youngest player to compete in the Australian Open Juniors main draw, his first Grand Slam Tournament, winning the Danish National Championship as the youngest player in history at just 15, and taking home the trophy as the winner of the 2019 Roland Garros French Open Juniors Grand Slam Tournament in June. In October 2019, Holger became the ITF junior World number one at just 16. As of 2020 Holger has only been playing senior tournaments, and in January 2022 he entered the ATP Top 100!

BACK ON THE COURT AFTER LOCK-DOWN

After several weeks of not being able to play any tournaments due to the COVID-19 lock-down, 17-year old Holger Rune is extremely excited to be back on the court playing tournaments, and he started out strong by winning the UTR Leschly Challenge against Christian Sigsgaard in May 2020, taking home the prize money of 50,000 DKK. Well done, Holger – Humanostics looks forward to following your promising career as a proud sponsor! 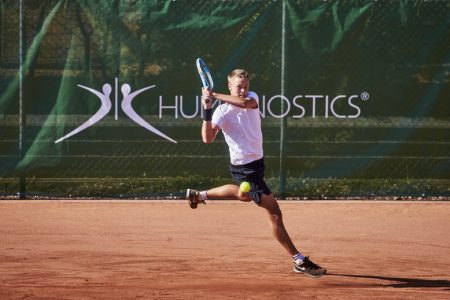 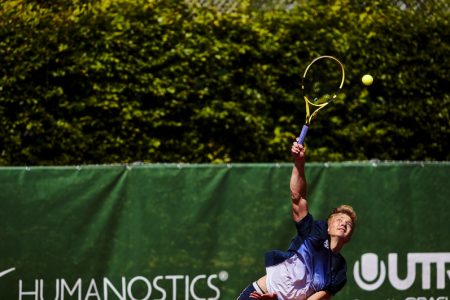 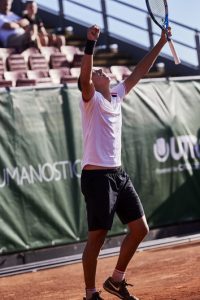 On December 23rd, 2019, the Humanostics team had the pleasure of meeting Holger Rune on a tennis court in Denmark. We had great fun practising with Holger and learning some tips and tricks from this young prodigy. We look forward to continuing to sponsor Holger Rune and following his career in as he enters into the senior league in 2020 at just 16.

You can find out more about which cookies we are using or switch them off in settings.

By submitting this request, you consent to letting Humanostics ApS contact you on email with the requested information and for marketing purposes.

This website uses cookies so that we can provide you with the best user experience possible. Cookie information is stored in your browser and performs functions such as recognising you when you return to our website and helping our team to understand which sections of the website you find most interesting and useful.

Strictly Necessary Cookie should be enabled at all times so that we can save your preferences for cookie settings.

If you disable this cookie, we will not be able to save your preferences. This means that every time you visit this website you will need to enable or disable cookies again.